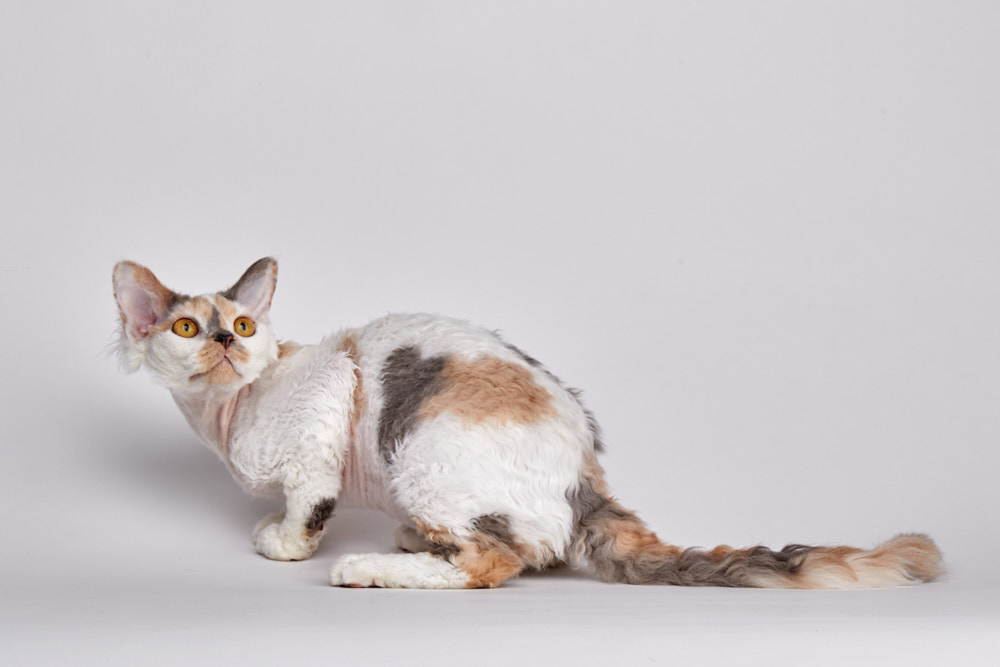 The Devon Rex Longhair is one of the many breeds of cat registered with the New Zealand Cat Fancy and was accepted by this organisation in 2021; although the registration of longhairs was approved in 2010 to track the presence of longhair in the gene pool.

The first Devon Rex, Kirlee, was born in 1959 in Devon, England; he was a shorthaired curly-coated kitten in a domestic litter.  The Cornish Rex breed was in its early development and since Kirlee had been born in the next county it was suspected he might have the same rexing gene. It was soon proved that this was not the case but it was established at the same time that he was a longhair carrier. The breed which was founded on Kirlee and his rexing gene, the 'Devon Rex', was recognised in 1967 by the Governing Council of the Cat Fancy in the United Kingdom and exported to North America soon after. The breed arrived in New Zealand early in the 1970s.

Outcrosses to longhairs (including domestics and Persians) were undertaken for various reasons during the development of the Devon Rex breed and as a result, longhair kittens have appeared in litters over the years. Some imports into New Zealand carried the longhair gene and with domestic shorthairs as an allowable outcross in this country the longhair gene has remained in or been reintroduced to the breed. Often longhair kittens are difficult to identify as some coats appear only very slightly long; however others do develop full ear streamers, knickerbockers, and fluffy tails.

Like its parent breed the Devon Rex Longhair is very playful, intelligent, and affectionate. Cats are also sociable, extrovert and talkative, with more of a 'chirrup' than a meow.