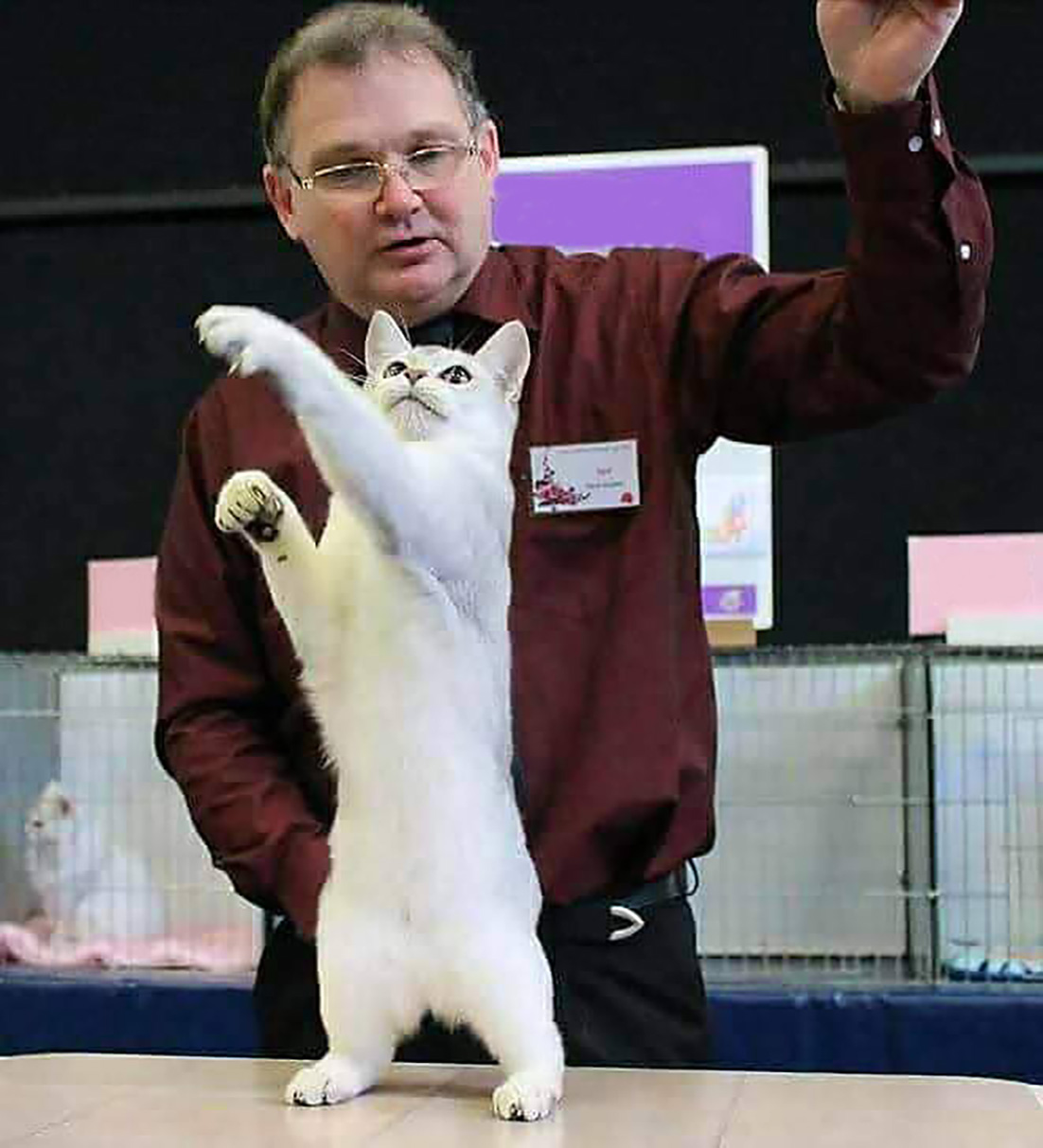 My wife Jacqui & I have been retired from the breeding game after breeding Birmans under the Magwai prefix since 1985.
We both originate in the Wairarapa in the sunny South Eastern part of the North Island of New Zealand.

We moved to Rotorua, in the Bay of Plenty in 2008. One of the major tourist destinations in the country, the scenery is striking and we are very central to other cities and beautiful destinations.

Our other great love are our Bengals, which we originally imported into the country in 1996 and bred successfully under the LapLepid prefix.

We have three children who have now left home and two grandsons.

We have two desexed Birmans, one Bengal and a Maine Coon to keep us pretty busy. Other interests include good wine, genealogy, music and collecting and restoring Ford Capri's.

I started judging in 1992 and reached the status of All Breeds in 2005, learning a great deal about all aspects of felines along the way.

I really enjoy judging and try to talk to and educate the spectators as much as possible on the various breeds. I feel that a cat show has to be entertaining and informative. I enjoy meeting fellow cat fanciers from around NZ and other parts of the world.

I have had the privilege of judging all three National shows in Australia and New Zealand over the few years and would love to be able to judge felines in other countries in the world.